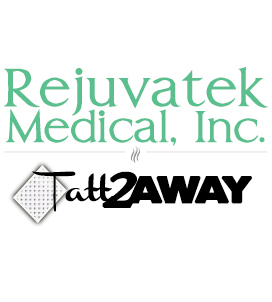 The president of the International Consultants in Aesthetic Medicine suggested that an alternative to laser tattoo removal may be necessary in order to treat more of the booming number of tattooed individuals seeking removal of at least one of their tattoos.   He addressed attendees at the American Academy of Cosmetic Surgery (AACS) during the 2015 annual meeting in New Orleans, stating that TEPR®, or Trans Epidermal Pigment Release, is a non-surgical, low-cost technique that can remove all colors of ink pigment used in tattoos.

Laser tattoo removal, though the current gold standard, falls short of a value proposition for the patient when one considers the pain and cost versus the results.  Many cosmetic surgery practices have abandoned laser tattoo removal because of the lack-luster outcomes.

TEPR, or Trans Epidermal Pigment Release, was carefully researched and trademarked by Rejuvatek Medical, Inc. who has performed over 2500 treatments. While other new companies are entering the TEPR space, none have been used in thousands of treatments. The fact that there are new entries in the TEPR space only endorses the need for alternatives to laser. Learn more about this new technology for tattoo removal